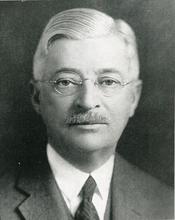 Dr. Eugene W. Bohannon took office on September 2, 1901, as the first president of the State Normal School at Duluth. Before that, he spent three years at the Mankato Normal School. Bohannon earned his doctor of philosophy from Clark University at Worcester, Mass. During his time as president, a four-year curriculum leading to a Bachelor of Education degree was offered for the first time at Duluth's Normal School. Bohannon retired in January 1938. He died in Duluth in 1955. In June 1973, the Education Building was renamed Bohannon Hall in honor of Dr. Bohannon. 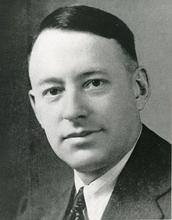 In August 1937, Dr. Herbert F. Sorenson was named president of what was by then called the Duluth State Teachers College (DSTC). He earned his Ph.D. in Educational Psychology from the University of Minnesota. Over time, tensions developed between faculty and administration. In March 1946, Sorenson announced his resignation at a special assembly. Dr. E. H. Pieper was named acting president. In 1950, he was a Fulbright Scholar in Oslo, Norway. From 1950 to 1967, he was a Distinguished Professor of Educational Psychology at the University of Kentucky at Lexington. He authored a number of textbooks, including four editions of Psychology in Education. He died in 1995 in North Carolina at the age of 97. 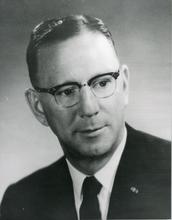 Dr. Raymond C. Gibson became president of the DSTC on July 1, 1946. He earned his Ph.D. in 1944 from the University of Wisconsin and came to Duluth after previously serving as the director of teachers' training at Central State Teachers College in Stevens Point, Wis. During his tenure, the DSTC became the University of Minnesota, Duluth Branch (UMD), a branch college of the University of Minnesota. Gibson’s title was changed to provost. In 1950, he announced his resignation to serve as the chief of the United States Education Mission to Peru. From 1952 to 1955, he served as director of the Education Missions Branch for the United States Office of Education. In 1955, Gibson joined the faculty of Indiana University, retiring as professor emeritus in 1976. He died in Arizona in 1999. 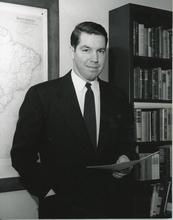 Dr. John E. King became UMD’s provost on June 1, 1951, having served as acting provost since June 1950. King earned his Ph.D. from Cornell University. During WWII, he served in the U.S. Navy. In 1953, he left UMD to become the 11th president of Kansas State Teachers College, now Emporia State University. From there, he went to the University of Wyoming where he served as president for two years. From 1967 to 1983, he was professor and chairman for the Department of Higher Education, Southern Illinois University at Carbondale. He died in 2008 at the age of 94. 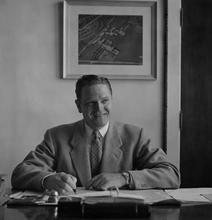 Dr. Raymond W. Darland was named UMD's third provost in 1953. He joined the UMD faculty in 1948 as an associate professor of biology and became a full professor in 1951. While he was provost, UMD’s enrollment increased to 6,000 students. The campus expanded and over 25 buildings were built during his 23-year tenure as provost, including a new administration building which opened in 1971. That building was renamed in his honor in 1982. Darland stepped down as chancellor in 1976. From 1976 to 1981, he served as a UMD senior development officer. Each year the Raymond W. Darland All-American Scholarship is awarded to students, nominated by faculty or staff, who demonstrate excellence in academics, leadership, and character. Darland died in June 1987 in Duluth. 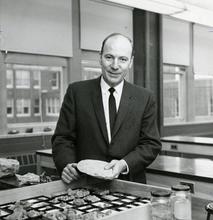 In January 1977, Robert L. Heller was named provost at UMD. He received his Ph. D. in 1950 from the University of Missouri, then came to UMD that same year to start its geology department. He served as assistant provost from 1969–72, associate provost from 1972–76; and acting provost from 1976–77. He was named UMD’s first chancellor in 1985. Heller retired in June 1987. UMD’s Heller Hall was named in his honor the following year. Before his death in 1993, former students, colleagues, and friends donated generously to establish the Robert L. Heller Professorship in Geology. 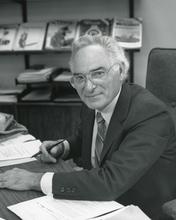 Lawrence A. Ianni took office as UMD’s chancellor in July 1987. Previously he had served as provost and vice president for academic affairs at San Francisco State University. He earned his Ph.D. in English. Enrollment grew to 8,000 during Ianni’s tenure. In May 1994, he announced he was stepping down as chancellor.  After retiring, he wrote several novels. In 2011, UMD named its new residence hall in his honor. 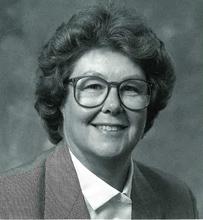 Kathryn A. Martin, former dean of the College of Fine and Applied Arts at the University of Illinois at Urbana, Champaign, was inaugurated in November 1995 as the eighth chancellor of UMD. She was the first woman chancellor in the University of Minnesota system.  A native of Rhinelander, Wisconsin, she earned her Ph.D. in Education from the University of San Francisco. During her tenure as UMD's chancellor, 11 new buildings were constructed on campus, including the library, the James I. Swenson Science Building, Weber Music Hall, and the Labovitz School of Business and Economics. In September 2009, Martin announced she would retire in 2010. UMD’s library was named in her honor in 2013.

Lendley C. Black began his tenure as the ninth chancellor of UMD on Aug. 1, 2010. Before coming to UMD, he served as provost and vice president for academic affairs at Kennesaw State University in Kennesaw, Ga.  Prior to that, he was at Emporia State University in Emporia, Kansas, where he served as dean of the College of Liberal Arts and Sciences for nine years, after working as the director of undergraduate studies and director of student advising. He earned his Ph.D. in theatre at the University of Kansas. During his tenure at UMD, the campus set priorities and built an organizational structure for campus climate to support and sustain a more equitable campus, opened the HCAMS facility along with $150 million in other facilities projects, and achieved eight of the largest graduated classes in UMD history. 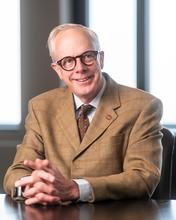 David McMillan joined UMD as Interim Chancellor in 2022. He served as a regent on the University of Minnesota Board of Regents from 2011-2022. He worked at Allete, Inc and Minnesota Power, where he served in a variety of roles from 1989 to 2018 including Allete’s Senior Vice President of External Affairs and Minnesota Power’s Executive Vice President. He received a bachelor of arts degree in economics and history in 1983 from UMD and a law degree from the University of Minnesota in 1987. McMillan has extensive ties to the Duluth community and serves or has served on a wide range of many advisory boards for groups including the Great Lakes Seaway Development Corporation, the Minnesota Chamber of Commerce, the Advisory Board of the Natural Resources Research Institute, the Area Partnership for Economic Expansion, and Goodwill Industrial Vocational Enterprises.